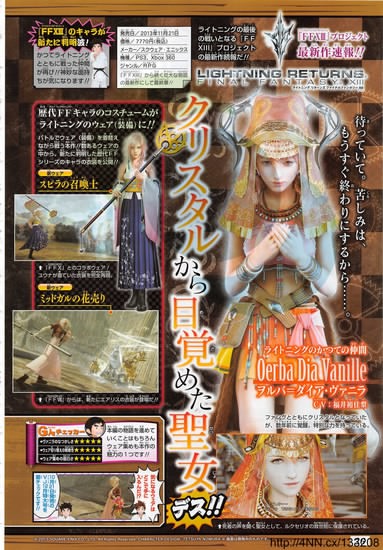 Vanille was turned into crystal with Fang, but she woke up a few years ago. She possesses special powers. As a holy woman who can hear the voices of the dead, she is protected by Luxerion's Order.

Lightning Returns: Final Fantasy XIII will ship in Japan on November 21. The game will arrive in the United States on February 11, 2014, and then in Europe on February 14, 2014. Players who pre-order the game in North America and Europe will be able to unlock Cloud's uniform, bangle, and buster sword as equipment for Lightning.