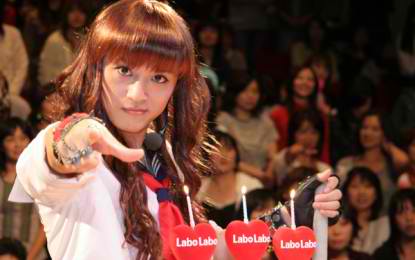 37 year old Yasuo Saito, better known across Japan as the comedian Sakurazuka Yakkun, was killed in a tragic car accident on an expressway in Yamaguchi Prefecture on Saturday afternoon. Saito was riding in a van with four other men when they collided with a center lane divider on the Chugoku Expressway in city of Mine. The entertainment performer, along with other passenger Kotaro Sunamori, 55, got out of the car, but were hit by other passing cars at around 4:50 PM.

Police have said that it was raining at the time of the accident, which most likely played heavily into the two men getting killed by oncoming cars, and that two of the three other passengers sustained minor injuries and were taken to the hospital. Investigators have already determined that Saito and Sunamori were each hit by different vehicles trying to navigate a downward sloping curve, however they have not revealed a possible cause for the initial crash of the group’s van.

Fans of Sakurazuka Yakkun have expressed shock and disbelief at his abrupt and sad death. Saito gained popularity and become known for his routine of dressing as a schoolgirl and carrying a bamboo kendo sword, as well as working as an anime voice actor. In 2010 he launched a comedic band where all the members dressed as girls. The group of five were on their way to Kumamoto Prefecture, where they were scheduled to perform at a concert on Monday.