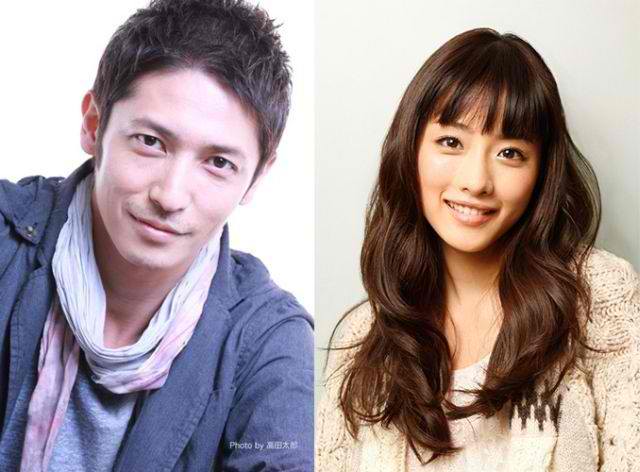 Today it was announced that actor Hiroshi Tamaki and actress Satomi Ishihara will co-star in a film adaptation of the Fuji TV jidaigeki drama Bakumatsu Kokosei (lit. Late Edo period high school student). The film marks the first time either actor has played lead in a historical drama.

The TV show starring Fumie Hosokawa and Shinji Takeda aired in 1994 and featured a mix of modern and traditional cultures thanks to the ever-popular “time slip” trope in which characters from the modern era find themselves sent back in time to a historical period.

The new film, which Fuji TV has been planning for over 5 years, is set in the year 1868 as Imperial statesman Katsu Kaishuu (Tamaki) attempts to avoid a futile conflict with Shogunate forces by sending a message to the highly influential samurai Saigou Takamori.

One day, Katsu crosses paths with a high school student named Masaya and a history teacher named Mikako who have slipped back in time from the future. Mikako is attempting to find two other students, Eri and Shintaro, who may have also slipped back in time ahead of them.

As Katsu worries about having not received a reply from Saigou, Mikako assures him that the peace talks will indeed be successful and war will not take place in Edo. However, even though Mikako knows exactly what should happen due to her knowledge of history, events begin to take an unexpected turn.

Toshio Lee (Detroit Metal City) will direct. According to Lee, he wanted to present a softer side of historical figure Katsu Kaishuu instead of the hard image he typically has as the man who forced the surrender of Edo castle. Tamaki’s portrayal is purposely cute and child-like early on in order to set up the latter parts of the film when the character is forced to aggressively take charge.

“Bakumatsu Kokosei” will be released by Toei and Fuji TV nation-wide in summer 2014.