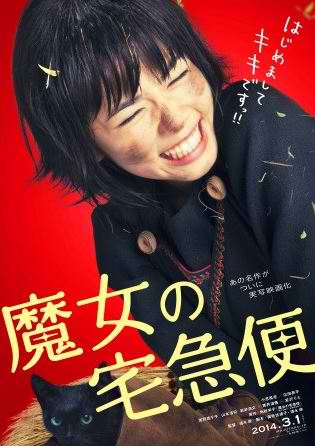 Filming began on May 23 in a Tokyo studio, and it wrapped up in July.

The six novel volumes of Majo no Takkyūbin follow the coming of age of Kiki with her black cat Jiji. They have sold 1.8 million copies and have been translated into eight languages, including English, Italian, Chinese, Swedish, and Korean. Hayao Miyazaki directed Ghibli's famous anime film version, which adapted the first novel volume.