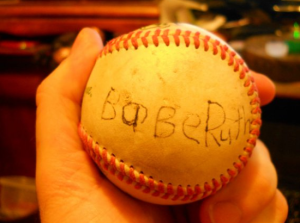 Diehard fans of popular Japanese idol groups like Arashi, Hey! Say! Jump! and AKB48 may want to double-check that signed poster they bought online. Japan’s Yomiuri Shimbun reported that Chiba prefectural police arrested three people last week for an elaborate idol merchandise scam. It seems that the scheming trio forged signatures of eight popular idol groups onto merchandise, put the fake goods on online auctions, then defrauded the winning bidder. Police believe that the three made about 3,700 of these items, which duped people out of 6,700,000 yen (US$67,000)!

The Oita Prefecture-based amateur counterfeit group consisted of a 51 year-old man, his 40 year-old ex-wife and the ex-wife’s 20 year-old daughter. Police said that the fraudsters practiced forging signatures off of images they found online.

In May, police searched the home of the amateur counterfeit group—a 51 year-old man, his ex-wife and the ex-wife’s 20 year-old daughter—and found that the daughter’s bank account had about 3,300 transactions from June of last year to this March. The transactions totaled about 6,700,000 yen (US$67,000) of which, 3,700,000 yen went to shipping expenses.

One victim of the scheme was a woman in her 20s in Kanagawa Prefecture who sent the trio a total of 8,340 yen for what she thought was the genuine signatures of all the members of Arashi.

It seems like idol fans have been taking a lot of slack lately with their addiction problems, environmental issues and now being victims of a nationwide fraud scheme. But let this be a wake-up call to all of us before we click that bid button online!