Fukushi Sota to star in Takashi Miike's "Kamisama No Iutoori" 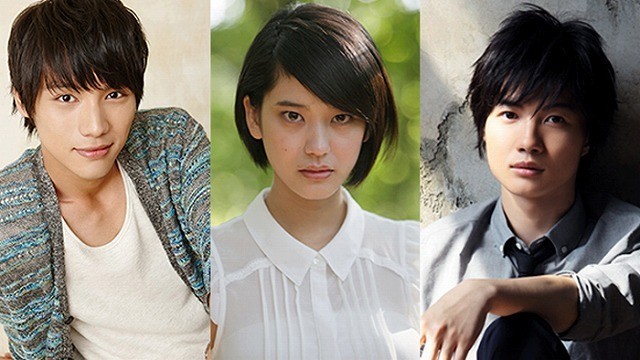 On Friday (November 22) it was announced that Takashi Miike is directing a live-action film adaptation of the popular manga "Kamisama no Iutoori." Sota Fukushi (20) will star alongside Hirona Yamazaki (19) and Ryunosuke Kamiki (20).

The original manga, written by Muneyuki Kaneshiro with art by Akeji Fujimura, has reached a total circulation of over 1.5 million copies since first being serialized from Mar 2011-Nov 2012. Its story revolves around a group of seemingly ordinary teenagers living a mundane high school existence until they’re suddenly thrust into a desperate struggle for survival.

Fukushi will play the protagonist, a 2nd-year high school student named Shun Takawata who’s forced to participate in a series of children’s games such as “Daruma-san ga Koronda” with death as the penalty for losing. With no knowledge of who’s behind the games, he’s left with no other choice but to keep winning as his only means of survival.

The screenplay is being handled by Hiroyuki Yatsu, whose previous credits include the highly-rated 2013 TBS drama “Hanzawa Naoki”.

Filming of “Kamisama no Iutoori” will begin in June 2014 and the movie is expected to be completed in October.