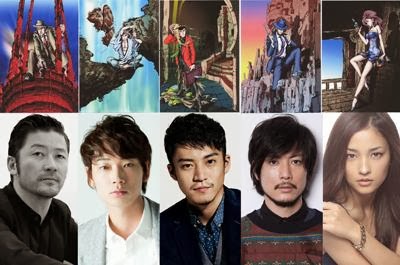 Take Yoshida, a writer and a friend of director Ryuhei Kitamura, told the website zakzak that the director intends to change the setting of the live-action film adaptation of Monkey Punch's Lupin III manga and anime franchise. According to Yoshida, Kitamura said the following before filming began:

There's no meaning to a live-action film adaptation if you make the setting the same. I intend to change the characters themselves to make them modern. It would be nonsense for Goemon to exist in current society wearing samurai's garb and carrying around a katana.

Monkey Punch launched Lupin III in the inaugural issue of Weekly Manga Action magazine in 1967 and established the new genre of "seinen manga." The stories of the titular thief have already spawned several television anime series, anime films, an annual string of television specials, games, stage productions, and other projects.