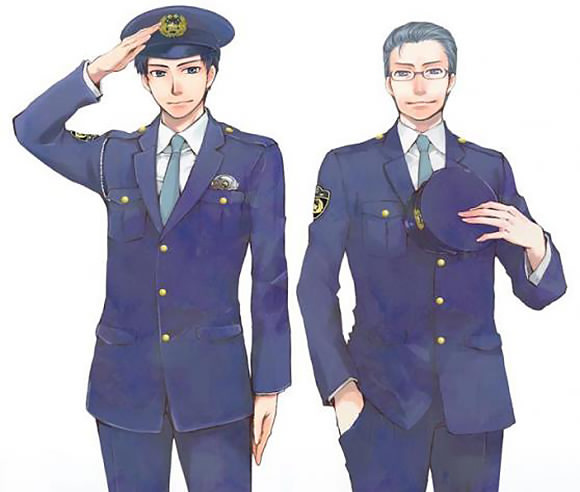 The central police station in Nagano Prefecture is revamping its image by introducing a new pair of mascot characters. But unlike the jiggling yellow blobs and big-headed animal abstractions that we’re used to seeing, these two image characters are beautiful men, drawn in a popular manga style that often appeals to young women. They’ve only been around for a couple of days, but these pretty-boy policemen are already attracting a lot of attention!

The Nagano Central Police Station has called upon the artistic talents of Karakemi to create two attractive-looking characters who will help them keep order in their district. These are not the bumbling idiots or donut-eating lumps that are often used as cartoon characterizations of cops. Their names are Shiro Hokari, a young new member of the police force, brimming with a strong sense of justice, and Mamoru Tezuka, a calm and experienced senior officer in the prime of his life. And they look both competent and quite attractive in their snappy, blue uniforms. 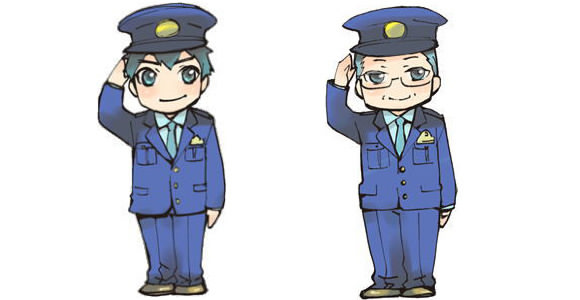 The pair apparently work close together in an illustrated approximation of Nagano and are to be used as mouthpieces for the district’s law enforcement, appearing on official announcements and acting as poster boys for the police. Here’s what we know about the characters thus far: 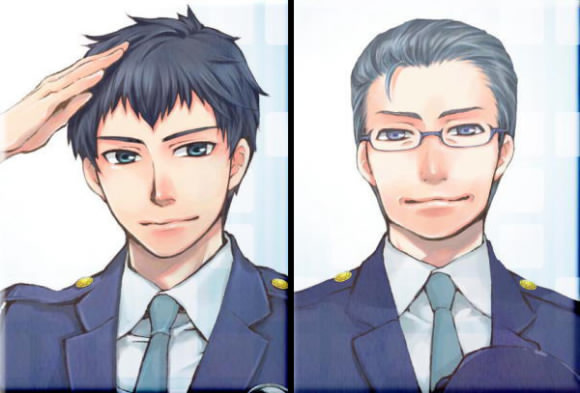 Name: Shiro Hokari (26)
Favorite food: meat, perilla mint cookies
Least favorite food: bugs and worms
Hobbies: skiing, watching movies
Special skill: re-enacting short scenes from foreign TV dramas
Message to Tezuka: “Why do you know all the kinds of candy that I keep in my drawer? And could it be that you’re the one who keeps slipping in new sweets as they become popular?”


The Nagano Police Station’s website plainly features these two admirable men, though the extent to which they will be utilized is not entirely clear. There is a section of the site reserved for explaining how these characters (and presumably the actual officers in the station) go about their jobs. But that portion of the site is currently under construction.


Still, the large number of unanswered questions surrounding the police station’s new pretty boys hasn’t hindered the imaginations of Japanese fangirls in the slightest. Already, in true Rule 34 fashion, there are images of the imaginary police pair up on pixiv in situations that would suggest that the two are involved in ways beyond that of mere coworkers. Considering all of the casual indirect kisses that must occur over the older man’s thermos, I guess there’s some small justification for the pairing. There’s certainly no mention of girlfriends or wives to hinder the fantasy. I guess we’ll just have to see what sorts of stories and images are released from now on. Fangirls, be on the lookout for significant glances and other tells. 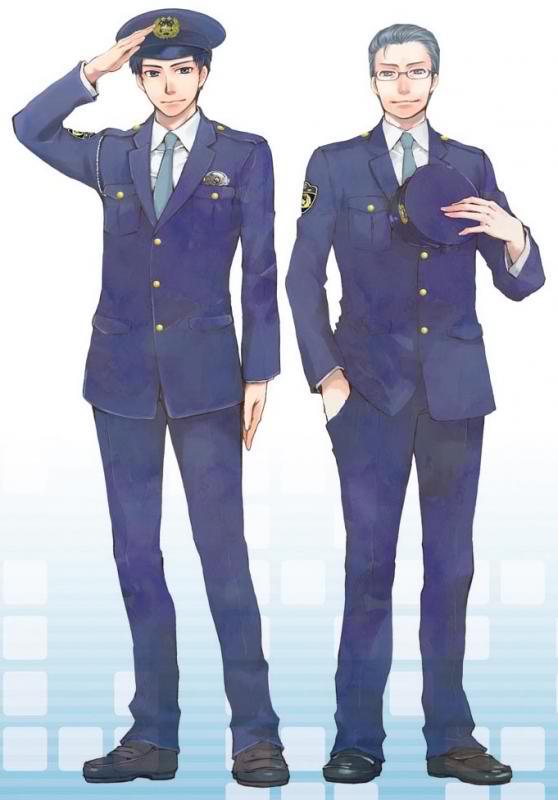 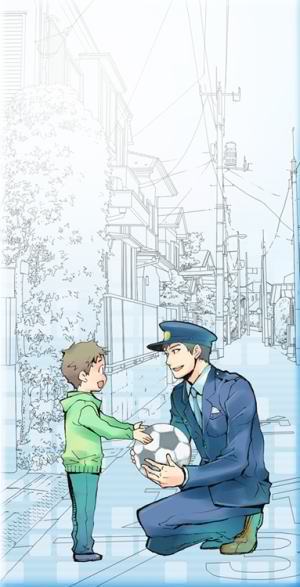 Is that a diss on Kumamon? lol 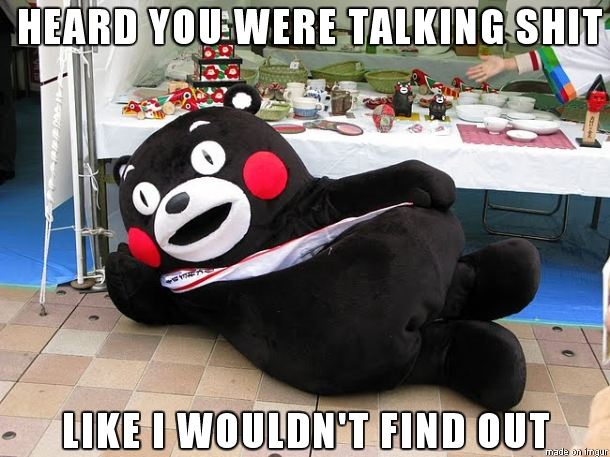 weslea 4th-Dec-2013 11:09 am (UTC)
The young one looks just like Goto from Samurai Flamenco. All these pretty boy cops look the same...

exdream1999 4th-Dec-2013 12:35 pm (UTC)
The original Japanese is just 虫系, which would be better translated as insects, and in Nagano, and traditional food is grasshopper and bee larvae.

And, when I lived in Nagano you could buy bee larvae at the supermarket in the same section as pickles and such.

So, I figure it's supposed to refer to that.

exdream1999 4th-Dec-2013 01:16 pm (UTC)
There's many, many delicious thing in Nagano, like the soba, and basically all the fruit, but like, yeaaaaaaaaahhhhhhhhh, that was something I never really got used to seeing at my local super market.

Message to Tezuka: “Why do you know all the kinds of candy that I keep in my drawer? And could it be that you’re the one who keeps slipping in new sweets as they become popular?”
Message to Hokari: “Could you please stop taking a daily sip from my thermos? If you were to just ask, I’d be happy to make you some. Hahah.”