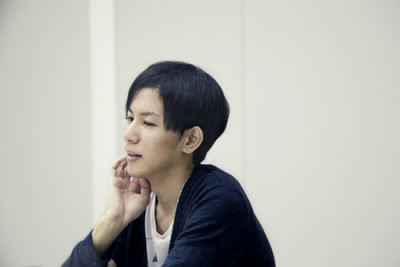 Attack on Titan creator Hajime Isayama revealed in an interview with white-screen.jp that although he had an ending planned when the series began, there is a possibility that the finalized ending might be different, due to new characters and settings. He also added that he has been thinking of creating an ending where everyone died, but after gaining so many fans after the airing of the anime, he is wavering over whether he should betray his fans in such a way. He told white-screen.jp that he wants to betray his fans, he is unsure of whether he should do it.

Also, you're free to kill everyone as long as Levi stays alive in the end~♥

a_cheshire_grin 8th-Dec-2013 06:42 pm (UTC)
I don't know the manga/anime, but I think as long as the creator is 100% satisfied and proud of the ending, then the ending is good. He shouldn't create an ending that seems "unbelievable".

Art (no matter if it's writing, painting, photography,...) is a way to express yourself and not about making other people happy.

shonen_key 8th-Dec-2013 07:01 pm (UTC)
I actually don't mind if main characters died in the end tbh. Not all ending has to be happy (bittersweet is ok tho)

fu_yu_mi 8th-Dec-2013 07:42 pm (UTC)
I think he should stay truthful to himself and go with the original ending. Changing an ending just to please fans is not good. We can take bad/bittersweet ending once in a while. Not every story has to end good.

digitalqueen 8th-Dec-2013 08:00 pm (UTC)
i hate that hes making changes according to what the fanbase wants. i already stopped watching the anime because of the changes that were made, i dont need him to go that way too.

ostsiberia 8th-Dec-2013 08:10 pm (UTC)
As a hobbyist writer, I can sort of understand what he's thinking. You make story plans well in advance, you have the characters in your head but after a while of developing the story and the characters, suddenly those original plans don't fit anymore. Maybe the characters you originally imagined developed differently than you anticipated, you make new characters that affect the story, etc.

Writers change their minds all the time. I think JK Rowling expected to kill Arthur Weasley in the fifth book but just couldn't do it when she got there. Sometimes you do get attached to characters and the thought of killing them doesn't sit well with you or the circumstances in which they were going to get killed suddenly seems out of character with their development.

This series has already hacked so many of my favorite characters without a second thought. I won't be surprised if none of my favs make it out alive x__x I agree with a lot of what's been said here, as long as Isayama is proud of his ending then I think it will be good.

londonshowers 8th-Dec-2013 08:51 pm (UTC)
Did he base Levi off himself, before I read I thought the pic was some cosplay

But he should probably stick with his original eending. So many of my fav shows have been ruined by writers who start pandering to the fan base once it gets popular

taciturndream 8th-Dec-2013 09:32 pm (UTC)
I think it's good if he changes the ending if HE feels like it, because of how everything developt but I wish he wouldn't consider his fans, no matter how sweet that sounds. Stay true to the spirit~

I don't think every character has to live in SnK, but I think a superduper happy ending would seem so off. I wonder what he'll do. I guess I always imagined some type of Adam and Eve ending, but not with the main characters, more like Jean and Sasha surviving or something along those lines.

nozo_rin 9th-Dec-2013 02:27 am (UTC)
Don't change the ending for the fans. Just write what you set it out originally. If everyone does then so be it, that's what is going to make it awesome. But I swear Rivaille is going to die

diva_avid 9th-Dec-2013 05:20 am (UTC)
I suck for sad ending story and usually the type that will remember the creator / mangaka, and put them on my reading blacklist. If he's undecided and boasting an end where death is for everyone, then I need to cancel all my AoT purchase.

nanacon 9th-Dec-2013 10:57 am (UTC)
I was getting into the manga, but the story kept taking huge asides for past events or starting a chapter in the present, but then immediately switching to a different time for another ten chapters, and it completely effed up the pace, I got bored. Grr when you want to like something but it ain't working.

And then he came out with those xenophobic, Korea-hating comments and I was done.

cuizy 10th-Dec-2013 03:40 am (UTC)
Yeah I learned from Chinese sites he's super right wing (?). Anyways I won't talk about his views but it makes me super uncomfortable

nanacon 12th-Dec-2013 10:35 am (UTC)
Yeah, but I disagree with the idea that the creator, creator's intent, and the work should be separated in criticism. It's super disappointing when I read or hear an author, celeb, film star, etc. I like say something problematic. It cheapens anything they've done or said and difficult to enjoy their work as I did before.

nanacon 12th-Dec-2013 10:32 am (UTC)
Actually, the author's private twitter feed.
Alright, alright, it's not conclusive, but very likely. If true, the dissonance between author and work is disturbing, to say the least.

ethereal_limbo 12th-Dec-2013 01:05 pm (UTC)
"the author's private twitter feed", again said who? some korean tabloid. not just a tabloid, but a korean one! isayama has no twitter and i've been following SnK long before the anime babies came around. no private twitter either.

1) SnK is insanely popular in SK. 2) super Korean nationalists. of course they'd try to discredit the filthy Japanese product. it's almost 2014, and you shouldn't believe anything south koreans say about the japanese and vice versa.

the blogger herself even says "if @migiteorerno is indeed Hajime Isayama, he would seem to be one of these people". a very big emphasis on the if. the entire post relies on this sentence being true (and it's not).