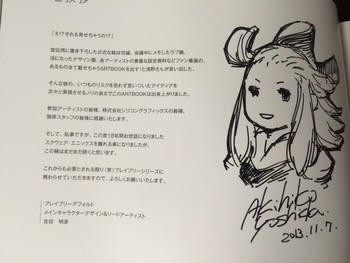 Bravely Default character designer and lead artist Akihiko Yoshida announced on Thursday that he has left Square Enix after 18 years. Yoshida made the announcement in an artbook that Square Enix released with the enhanced Bravely Default: For the Sequel Nintendo 3DS game.

Yoshida thanked his fellow artists, Silicon Graphics, and the Square Enix staff in the announcement for helping to make the artbook possible. He then added, "I have decided to leave Square Enix, the company that has taken care of me for 18 years, but I think our relationship will still continue." He added, "From now on, as long as I am needed (laughs) I will participate in the Bravely Default series, so please continue to support me."

Square Enix has not confirmed if Yoshida will be working on the Bravely Second Nintendo 3DS sequel game, which features the new character Magnolia.