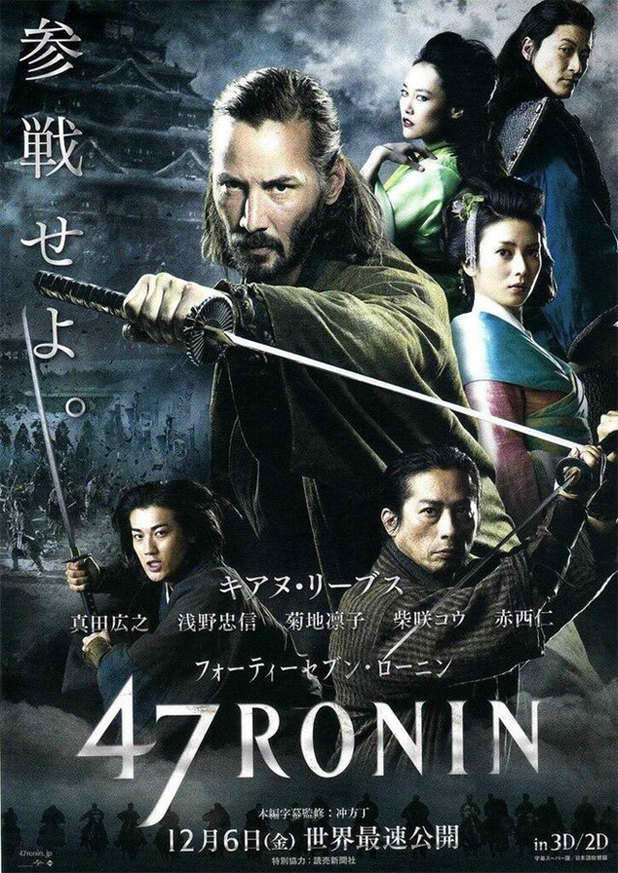 It has all the elements to make it a hit in Japan: a popular Hollywood actor in the lead role, Japanese actors, lavish period sets and an adaptation of a beloved Japanese theater classic. However, Keanu Reeve‘s samurai epic “47 Ronin” failed to make a dent in Japan’s box-office, debuting at number five and finishing third over the weekend, losing out to domestic films.

The film is loosely based on the “Chushingura,” one of the most famous works in Japanese culture, which is about 47 samurai in 18th-century Japan who avenge the death of their murdered master. This story has been adapted into various plays, books and films. Hollywood has been filming this $170 million production since 2011, with shooting locations in Budapest, Singapore and finally Japan. But it seems that the Japanese audience hasn’t taken to this adaptation as expected, even with stars like Rinko Kikuchi, Tadanobu Asano and Hiroyuki Sanada playing major roles. It did beat out other Hollywood movies in the domestic market, like “Captain Phillips” and “Red 2,” but lost out to local fare, finishing behind four Japanese movies.

Some moviegoers thought the trailer and poster looked too gloomy. Even those who moderately liked the movie feel that the Japanese public will probably not go crazy over it. A 53-year-old who watched the film described it as “total fantasy” and “weird,” although looking at most modern Japanese films, weird is not really that unique at all. But given that analysts don’t give “47 Ronin” a chance to shine in the over-crowded holiday movie season in the U.S. and that they were expecting the film to do well in Asia, the fact that it failed in Japan is definitely bad news for the producers.