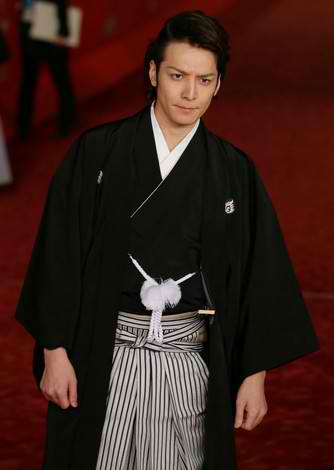 It was reported that Ikuta Toma will join the cast of NHK’s Taiga drama “Gunshi Kanbee” that stars V6‘s Okada Junichi. Ikuta plays the role of a Christian daimyou Takayama Ukon, who also happens to be a master of tea ceremony and a samurai, and will later lead Kanbee to path of Christianity.  Although Ikuta’s character won’t be present until the later part of the drama, Ikuta hopes that he’ll leave a vivid impression once his character comes-out.

Gunshi Kanbee’s producer said that Ikuta was chosen for the role because he will surely leave an impression of being cool, smart and a man of faith. Ikuta will reportedly start filming his scenes soon.