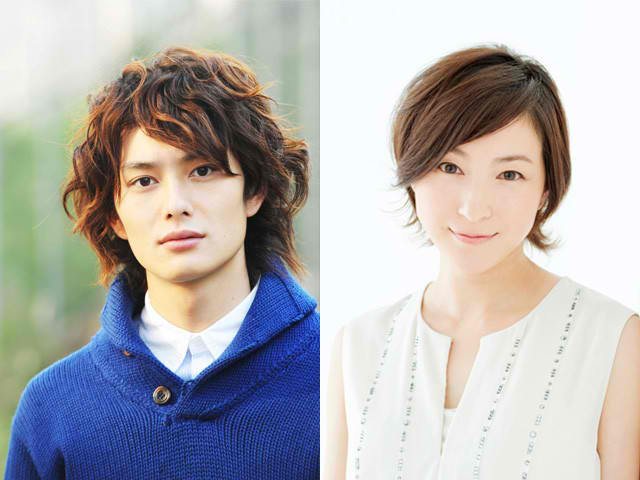 On Thursday it was announced that Masaki Okada will star in Yuichiro Hirakawa’s upcoming comedy Kanojo tono Jouzu na Wakarekata. Actress Ryoko Hirosue will play the film’s heroine. Both actors will be required to attempt pole dancing for the first time.

The film is based on a novel by playwright Takaya Okamoto, who also adapted the screenplay. Okada will play an egocentric man named Gajirou Honda who only cares about money and women. When he’s involved in a car accident, he encounters the ghosts of the other car’s driver and three pole dancers. The four ghosts promise him a large sum of money in exchange for his help fulfilling their last wishes, thus allowing their spirits to pass over to the afterlife.

The tasks Gajirou is required to complete for the ghosts include pole dancing, wearing a white wedding dress, becoming a heroic firefighter, and making a passionate confession to a high school boy.

Hirosue will play one of the ghosts, a pole dancer and single mother named Yuko Kasahara who’s sorrowful over leaving her elementary school-aged son behind.

Both Okada and Hirosue have been going through intense pole dancing training for their respective roles. Although Okada isn’t actually portraying an experienced pole dancer, he felt the training was essential for him to be able to throw himself into the performance with the full force of a clumsy man.

Filming of “Kanojo tono Jouzu na Wakarekata” began on the December 12th and is expected to wrap in mid-January. Production will be completed sometime in April 2014 with a release planned for early fall.