The official kanji of 2013 has been chosen! 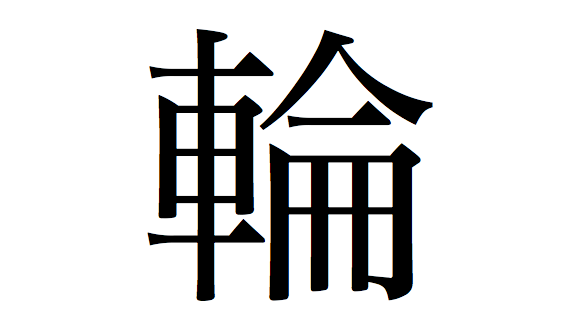 In Japan, every year is marked with a single kanji character as chosen by a national vote. The kanji is meant to represent situations and global or domestic events that took place during a given year and is announced on December 12 by the head monk at Kyoto’s famous Kiyomizu Temple.

Two years ago, 絆 (bonds) was chosen to represent 2010 due to the fraternal and familial bonds that were strengthened in the wake of natural disasters around the world, including the Great East Japan Earthquake and large-scale flooding in Thailand. Last year it was 金 (gold) for the numerous first place finishes Japan achieved in 2012, including winning the gold medal in women’s soccer and possessing the world’s tallest tower upon the completion of Tokyo Skytree.

The kanji for 2013 has just been chosen, but what what does it mean?

The kanji character chosen for 2013 is 輪, pronounced rin or wa in Japanese, and means “ring” or “circle.” The main reason it was chosen was because of Japan’s successful bid to host the 2020 Olympics, which is also referred to as 五輪, or “five rings” in Japanese. The successful registration of Mount Fuji as a World Heritage Site as well as Japan’s entrance into the World Cup also contributed to the kanji selection because they were events in which “all of the people throughout Japan came together in a circle of great joy.”

Over 172,000 votes were cast this year, with 輪 receiving 9,518 votes. Second place went to 楽 (raku, meaning “comfort” or “ease”), which is the first kanji character in the name of the Nippon Professional Baseball team, the Rakuten Eagles, the victors of the Japan Series.