"Saikou no Rikon" returns as a drama SP next February 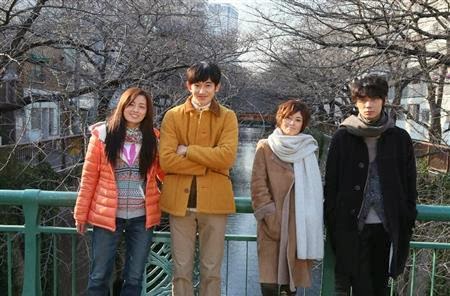 "Saikou no Rikon" will make its return with a drama SP next February which depicts how the four main characters played by Eita, Ono Machiko, Maki Youko and Ayano Go have become one year after the drama ended in March 2013. The drama SP titled "Saikou no Rikon Special 2014" will show how Mitsuo (Eita) and his "ex-wife" Yuka (Ono) are doing after they reconciled a year ago but haven't re-registered their marriage yet and how Akari (Maki) and her husband Ryo (Ayano) are coping with parenthood. Filming began on 13th December and the theme song will still be Kuwata Keisuke's "Yin Yang". The four main cast members are expected to perform new dance scenes during the closing credits while the theme song is being played.

rainbow_yarn 15th-Dec-2013 12:32 pm (UTC)
hm I'd have prefered for it to stay open-ended, but. Looking forward to the new ending credits scenes, though.

YASS! One of my favourite dramas!