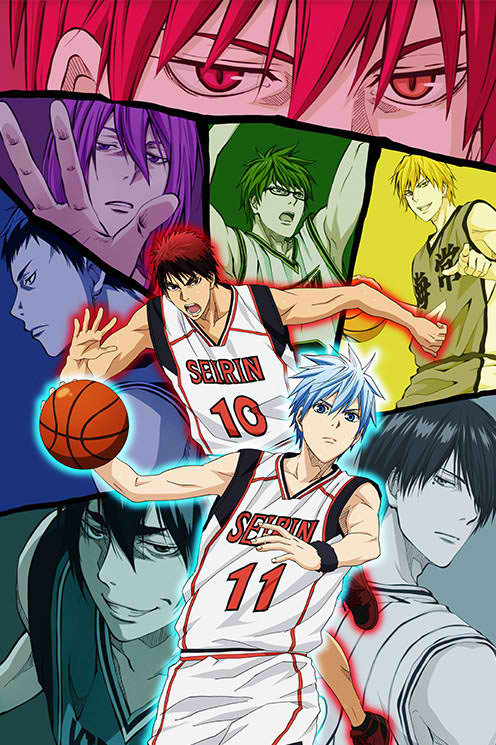 The Tokyo Metropolitan Police Department's 1st Investigation Section arrested a 36-year old man, suspected to be the culprit in the threatening letters sent to convenience store chains and other establishments linked to Tadatoshi Fujimaki's Kuroko's Basketball manga, in Osaka City's Higashinari ward on Sunday. The suspect, Hirofumi Watanabe of unknown occupation, is being formally investigated for the charge of "obstruction of business." According to the police, he admitted to his crime, saying, "I'm sorry. I've lost."


Since October 2012, locations linked to Kuroko's Basketball creator Tadatoshi Fujimaki have received threat letters, including some with powdered and liquid substances. A source in the investigation of the threats said there is a high possibility that the liquid sent to Sophia University (Fujimaki's alma mater) on October 12, 2012 could emit a lethal dose of hydrogen sulfide if vaporized. The University initiated heightened security procedures after another round of threat letters were sent last month.

Several Kuroko's Basketball dōjinshi events throughout Japan were cancelled in the aftermath of the threats. The "Shadow Trickster 3" event did proceed without incident at the Big Sight last October, shortly after the center received its first threat. The official "Kuroko no Basuke produced by Namco Namja Town" event in Tokyo ended 19 days early as a result of the threats, and Animate Café Tennoji in Osaka cancelled a planned Kuroko's Basketball collaboration event. Comic Market (Comiket), the world's largest dōjinshi event, barred Kuroko's Basketball items and circles last December.

Major rental chain Tsutaya removed all Kuroko's Basketball DVD and manga rentals from its stores last month, but has since brought them back. Japanese bookstore chain Yurindo and Reliable, a Japanese book and stationary store chain in Hokkaido, also removed Kuroko's Basketball merchandise from their shelves. Several other bookstore chains such as Kinokuniya, Sanseido, Junkudo, Miyawaki, and other bookstores, plan to continue carrying the manga despite receiving threat letters.

Television station TBS noted that about 250 threat letters were mailed to various stores and news organizations in October 2013 alone, with at least one letter containing lighter fluid. The sender has been going by the name of "the Fiend with 801 Faces," an apparent reference to an antagonist in Edogawa Rampo's mysteries and the numerical shorthand for "yaoi." According to the Tokyo Metropolitan Police, the majority of the letters mailed last month were mailed from Saitama Prefecture on October 12.

The Tokyo Metropolitan Police Department reported last month that a security camera caught a possible suspect on tape last year. Police described him as a thin male dressed in all black.

Shueisha recently notified ticket holders to its Jump Super Anime Tour event that attendees older than middle school age need to show proof of identification as well as their written invitation to gain entry. Shueisha noted it is also strengthening its security plans to a much greater scale for the event, in order to prioritize the safety of attendees after the Kuroko's Basketball threat letters.

The second season of the Kuroko's Basketball anime began in Japan in October. Crunchyroll is streaming the anime outside of Japan as it airs.