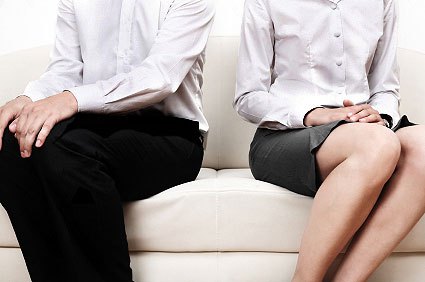 Earlier this month, we brought you an article about foreign men sounding off on the difficulties of having a Japanese wife. While some of their complaints were understandable and others were just downright silly (you can’t deal with tofu? C’mon!), international relationships in real life don’t always end as happily as in the movie “My Darling is a Foreigner.”

Continuing the international marriage theme in a more unfortunate direction, we now bring you the voices of some foreign men who have gone through the experience of divorcing Japanese women. You might be surprised to learn that the main catalyst for divorce in each of their scenarios was rarely related directly to cultural differences. Instead, it seems that a combination of other factors played the decisive role.

While there is a certain allure to the thought of having a spouse from another country, such marriages also comes with their own hardships, and it is said that as many as 40% of international marriages end in divorce. Japanese blogger Madame Riri recently posted an article exploring this issue by sharing the stories of men who were asked to described the reasons they divorced their Japanese wives. Let’s take a look at some of those reasons.

First, practical issues concerning family and money played a large role in their decisions. One man mentions how he couldn’t afford to keep up with payments month after month. He tried to please his wife by buying a nice house, car, and going on overseas vacations. But such an extravagant lifestyle on top of paying off expensive school fees, child support from a previous marriage, and helping his wife’s parents financially proved to be too much:

“I think the reason for my divorce whas that I mistakenly thought I could make everyone happy because I had a well-paying job. Ultimately, I couldn’t live up to those expectations.”

Another man was placed in a different terrible situation. According to him, although cultural misunderstandings were present in his marriage, they were not the root cause for divorce because he and his wife were both aware of and accepted the differences. Instead, it all boiled down to logistics:

In the end, the couple decided to split. The man remarks that he and his ex-wife still love each other, but cannot be together due to the circumstances. Our hearts go out to you…

Like any other couple in the world, issues surrounding children can either make or break a relationship. Here’s what one man had to say about his experience:

“In my case, the reason for our divorce was simple. My wife wanted to have kids, and I didn’t. I’m not saying that the divorce wasn’t painful, but we could split fairly amicably. I ended up remarrying a woman who like me also doesn’t want children but would rather focus her energy on work.”

The next anecdote is a bit different, as the writer happens to be a foreign woman in a relationship with a Japanese man. They had once dated in the past, but the relationship eventually became strained due to their different ways of thinking and separate values, especially regarding work. However, after a period of 12 years, they have started dating again, only to be met with opposition from both families:

“My family is very opposed to this relationship. They like him as a person, but they don’t believe that he can make me happy. His parents feel the same way. We really do love each other, but I guess in reality love alone isn’t enough. It’s sad…”

Many men listed issues of love, sex, and compatibility as being big factors in their divorces. Here’s from a man whose marriage appears to be in a critical condition:

“I’m currently on the verge of getting divorced. Things have spiraled down to the point where my wife and I are discussing whether or not she will take the children back with her to Japan. If we split, the reason will be due to the absence of sex in our marriage. My wife seems to have lost all of her sex drive, although I still have mine. Apart from that, everything in our marriage was going well…”

Next, a man describes how he and his Japanese wife were married at a young age, which led to a conflict of interests as they grew older:

In his words, he was so young when they got married that he didn’t yet know what he really wanted to do in life. When he finally figured it out, that route didn’t include his wife. From her end, she became unhappy married to a husband who had to work 70-hour weeks of manual labor to support their living. In her loneliness she resorted to cheating on him with her ex-boyfriend. Because they weren’t honest enough at the onset about their real desires, their marriage arrived at a dead-end.

Next, a number of men remarked that their Japanese wives’ tendency to resort to anger or violence played a central role in leading to divorce. Let’s hear from a few of these cases.

“The reason that my marriage of 20 years failed was because my wife would often make a mountain out of a molehill. Many problems that could have been solved in a few minutes were blown out of proportion. It wasn’t good for our mental health.”

“I’m glad we got divorced. We split during our tenth year of marriage. I am now raising our two children in Australia. My ex-wife’s violent side was terrible. I couldn’t stand her lies anymore, or her neglect to our sons. It was a very bitter experience, but after getting divorced I am now living a much better lifestyle.”

The following comes from a man who has been married for seven years but whose marriage is rocky to say the least. He claims that married life would be easier if they didn’t have two young children:

“I heard this from my professor friend who specializes in international cultural exchange, but Japanese men and women are skilled at adapting themselves to different roles depending on the place and situation. For example, they almost seem to undergo a transformation in character when they change from a student into a working adult, or from a wife into a mother. I don’t know if this is related to my case at all, but my wife used to be a calm and carefree woman. But after the birth of first child, she became almost like onibaba” [Onibaba refers to a “demon-hag” in Japanese folklore that appears as an old woman and eats humans].

Now consider this bizarre case. I think anyone would want to divorce a wife like this, regardless of her nationality…

“I first began to have doubts about the future of our marriage after just returning from our honeymoon when my wife farted right in front of me. Because she had irritable bowel syndrome, it was really smelly. Our marriage crumbled apart like flakes of paint falling from a wall. She would steal food from my plate and take anything she wanted. And she was really demanding in bed – if I couldn’t meet her demands, she would pinch my ears, hit me in the ribs, or kick me down there.”

She probably couldn’t help the flatulence, but the rest of it? Yikes.

We hate to leave you with a such a gloomy ending, so let’s finish up on a more positive note with a man who encourages us all to find a partner who is a “perfect fit”:

“I’m in my mid-60s, and my Japanese wife is in her late 40s. We’ve been married for 23 years. We’ve been through good times and bad times, but have overcome them all and never had to think about getting divorced. I have been divorced twice before, and concluded that I just can’t get along with Western women. But regardless of whether you’re of the same nationality or not, as long as you’re willing to accept any cultural differences and respect one another, you have a chance to be happy.”

As we have seen, despite preconceived notions relating to cultural differences, men who have actually divorced their Japanese wives have a lot more to say about the matter. Issues surrounding mutual feelings of love, faith and compatibility seem to be at the heart of most cases, regardless of the nationality of each person.

jfc these articles… so sick of all that focus about them poor white expat men on website created by those expat men.
Basically, in the comments of an article that include western women, you can see all these stereotypes about feminists, un-obedient women vs the nice and calm Japanese women. Then when you read comments on articles about Japanese women, they are crazy and violent as soon as they get married but nothing is said about the guys' flaws. See, everything to protect those guys. I don't even live in Japan yet and I already dislike the mentality of those expat men…
Tags: japanese culture
Subscribe