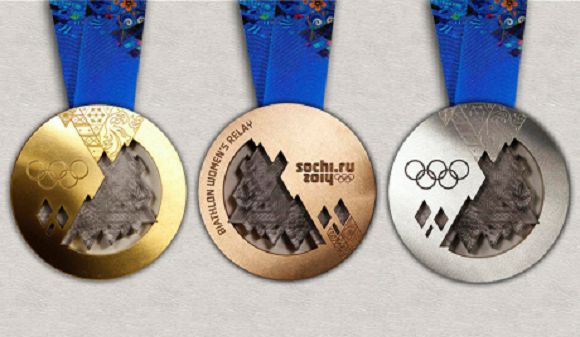 With Yuzuru Hanyu taking home Japan’s first-ever gold medal in men’s figure skating, there’s a chance the country’s rabid sports fans will back off on the intense pressure they’ve been placing on the nation’s Olympic team. That’s sure to be a weight off the shoulders of the athletes themselves, as well as former Olympiad Dai Tamesue, who recently took so-called fans of the Japanese team to task for calling athletes who fail to reach the podium parasites.

Up until recently, Japan had enjoyed limited success at the Olympic Games. The country’s medal count stagnated through most of the 1980s and ‘90s, with the exception of a bump at the 1984 Summer Games in Los Angeles from which the always competitive Soviet team was absent.

Things started to pick up in the new millennium, as Japan earned a then-high 37 medals at Athens, followed by another strong performance in Beijing, and capped with its best performance yet in London, where the country medaled 38 times.

But Japanese athletes have been building expectations along with momentum. The Winter Games tend to be a tougher challenge for Japan, and the only time it’s reached double-digits in Winter medals was when it benefitted from the home country advantage at the 1998 Nagano Games. Nonetheless, pre-competition interviews with Japanese athletes routinely end with the reporter earnestly imploring, “Please get a medal.”

Before Hanyu’s figure skating win, some of the biggest stories from Sochi in the Japanese media were the near-misses that kept Japanese athletes off the podium. Veteran moguls skier Aiko Uemura seemed assured a medal when she captured the top spot in her event with only three athletes left to compete, only to see herself passed up by all of them.

Ski jumper Sara Takanashi also ended up with a so close yet so far away fourth place finish. Frustrated by results such as these, some Japanese sports fans decided that even if they couldn’t say something nice, they were still going to say something, airing the following grievances online.

—“Are they just there to have fun?”
—“Where do they get off using our tax money for a vacation?”
—“If you get asked for a comment after you don’t win, don’t you know the first thing out of your mouth is supposed to be, ‘I’m sorry I didn’t get a medal?’”
—“Athletes who don’t win medals are tax thieves.”
—“Why are we wasting our tax money on athletes who don’t win and have no class?”

On the one hand, this attitude is partly tied into Japanese cultural values such as responsibility and effort. As an island nation, Japan often sees itself as separate from the rest of the world, and prominent citizens who spend a moment in the limelight abroad are generally held to be, and treated as, representatives of the nation and its society by the Japanese media. “Japan isn’t spending money to send athletes to the Games just so they can make nice memories for themselves,” stated respected author Tsuneyasu Takeda, who is also the great-great grandson of Japan’s emperor Meiji.

That said, Japanese culture also emphasizes humility and not offending others, and some of these angry comments are just as over the line by Japanese standards as those of any other nation. One man has had enough of this sniping from the peanut gallery, though, and that’s Dai Tamesue. The Hiroshima native holds the Japanese record for the 400-meter hurdles, and was part of Japan’s Olympic track team in 2000, 2004, and 2008.

The 35-year-old Tamesue, who has retired from track and now serves as a sports analyst, is disappointed in fans for leveling such cutting criticisms at the Japanese athletes. The former hurdler himself has no medals to show for his three trips to the Olympics, and in his mind Japan’s lack of high-profile successes can be attributed to one simple thing: money.

“Out of the countries that disclose their Olympic team development expenditures, Japan spends the least,” Tamesue asserted while speaking to reporters from Nikkan Sports. For the Beijing Games, for example, reports show that Germany spent an amount equal to 27.4 billion yen and the U.S. 165 billion. Both host China and the UK kicked in 12 billion yen. Japan’s contribution to its Olympic team? A comparatively paltry 25 billion yen.

“We’re saying, ‘We can’t help you out financially, but you’d better make sure you go get a medal!’” Tamesue lamented. “It’s an unreasonable position to put our athletes in.”

Tamesue seems to have struck a chord with others who’ve grown tired of the angry rhetoric surrounding the Japanese team, and many voiced their approval of his stance online.

—“I’m nodding in agreement so much I think my head is going to fall off.”
—“I think it’s time we, as a nation, did a better job of understanding the unreasonable expectation we’re placing on our fine athletes.”
—“Thank you for saying this, and please keep letting people know.”

Here’s hoping that the media and public take Tamesue’s words to heart, and that they serve as a reminder that while winning is nice, the best way to represent your country is with the dignity and sportsmanship that always comes from giving your utmost effort, regardless of the final standings.