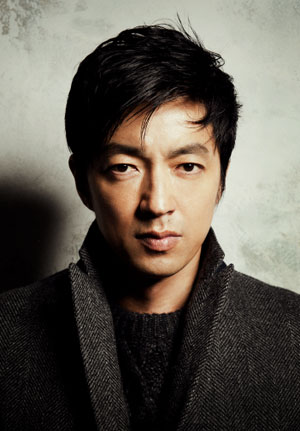 From Osawa Takao's Official Facebook page:
"We are very happy to announce that Takao has been officially selected in the the long running historical drama series ‘Taiga’ in 2015 “Hana Moyu” broadcast on NHK."
"Takao had the following to say about his role, “Hana Moyu” is not a typical historical drama which you just follow a hero but it’s all about people who supported those heroes behind the scenes. I hope you enjoy and feel sympathy with the characters. I will try my best to work on this with the main actress Ms. Mao Inoue and all the other casts and staff."
Osawa Takao is going to take the role of Odamura Inosuke, later known as Katori Motohiko (1829-1912), a politician/bureaucrat who was appointed as the first governor of Gunma prefecture. He married Sugi Fumi (Inoue Mao) after the death of Fumi's first husband, Kusaka Genzui. Before, Odamura was married to Fumi's older sister, who passed away due to illness.Together with Fumi, he established many educational institutes in Gunma, including what possibly the first kindergarten in Japan, Kaho Kindergarten (currently known as Marifu Kindergarten).
source: Osawa Takao FB page, NHK & Wikipedia

Yess finally my favorite Japanese actor is going to be on TV again.
I've been feeling giddy non-stop since I read the news yesterday.
Why is 2015 still so far away?
Tags: actor/actress, drama, mao inoue
Subscribe