Kuroko no Basuke's Main Antagonist is Starting to Dominating The Fandom 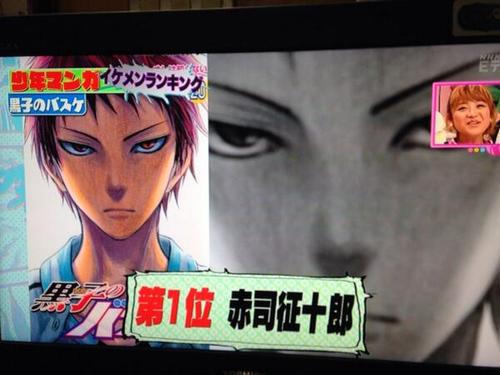 If you are a fan of Fujimaki Tadatoshi's Kuroko no Basuke (Kuroko's Basketball), you must have known the main antagonist of the whole stories, who is no other than Akashi Seijuurou, the only 1st year as well as the captain of Rakuzan basketball team and ex-captain of Teikou Middle School where the Generation of Miracles/Kiseki no Sedai used to be the members of the basketball team.

Not like the other antagonist characters, Akashi, who is voiced by the popular seiyuu Kamiya Hiroshi (Shingeki no Kyojin's Levi, Noragami's Yato, Durarara's Orihara Izaya), has the most number of fans in Kuroko no Basuke fandom. 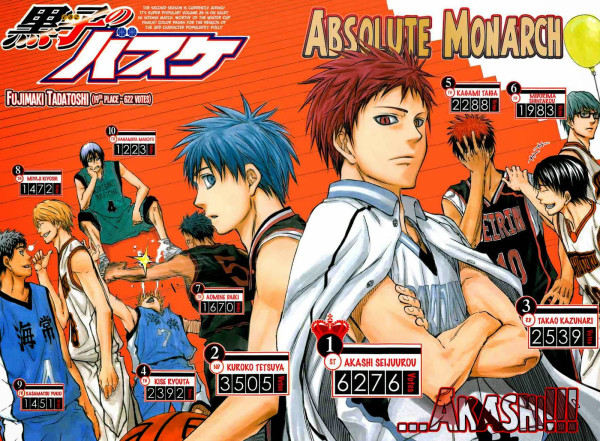 Kuroko no Basuke 1st OVA: Tip Off is Akashi's first appearance in the anime, while his full appearance started at the 13th episode of season 2, which shows his sadistic side (he was about to stab Kagami Taiga's face using Midorima Shintarou's scissor/lucky item), and the next episodes focused on Seirin VS Touou and Seirin VS Yosen match, so he doesn't really appear much there.

Akashi is known as the person who found out Kuroko Tetsuya's ability and the strongest of Kiseki no Sedai members. His motto is "Since I'm Always Win, I'm Always Right" and he believes that because what he says is absolute.

To think an antagonist character who had his first full anime debut in one episode only to suddenly be the most popular character and getting first in Shounen Manga Ikemen somehow makes him has an absolute image on him. One word; Amazing.

So what do you think, Arama? Is there another antagonist character that you think fit Akashi's position more?

Akashi surely is amazing. As expected from the Emperor King. Thank you for Fujimaki-sensei and Kamiyan!
Tags: anime/animation, manga, seiyuu/voice actor
Subscribe