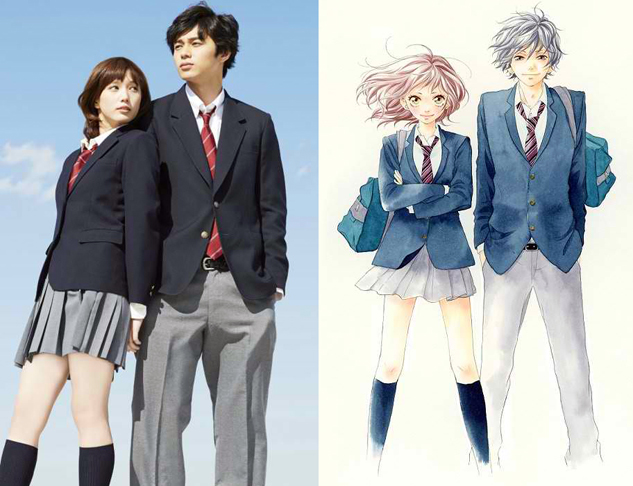 
The story revolves around Futaba Yoshioka, a girl who was in love with a boy named Kō Tanaka (played by Higashide) in middle school. However, after a misunderstanding, their relationship as friends ends when he transfers schools over summer vacation. In high school, her world is turned around once again when she meets Kō again, this time under the name of Kō Mabuchi. 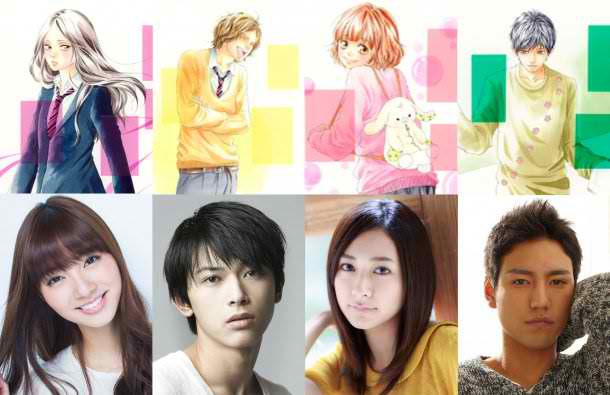 Takahiro Miki (Solanin, Hidamari no Kanojo, We Were There) is directing the film off a script by Tomoko Yoshida (Gaku, Kanojo wa Uso o Ai Shisugiteru). The film will open in Japan this December.

Sakisaka began her Ao Haru Ride manga in the magazine in 2011, and Shueisha shipped the ninth compiled volume in Japan in January. A drama CD written by Sakisaka and featuring the anime's cast will come with the limited edition of the 10th compiled volume of the manga on May 23. The manga was ranked as one of the top 20 shojo manga recommended by professionals in the fields of manga and publishing. Viz publishes Sakisaka's Strobe Edge manga in North America.